The Hidden Assumption in The Simulation Hypothesis

During the 2016 Code Conference, Elon Musk was asked by Joshua Topolsky whether he thinks we might be living in a simulation, to which he answered that the chances we are not living in a simulation is one in billions. The argument for the famous Simulation Hypothesis being true is that since we are now creating more virtual (computer simulated) worlds that are increasingly realistic and will eventually be indistinguishable from reality, those simulated worlds will outnumber real worlds (of which we know only one) by the billions. And so statistically, the chances we are living in a virtual world made by an advanced civilization in the future is far greater than the chance that we are living in the real world.

Of course originally, Nick Bostrom, who came up with the Simulation Argument (on which the Simulation Hypothesis is predicated) gave this entire idea about a 30% chance of being true, as it depended on two other things being true first.

But assuming those two are true, and I see little reason to think they aren’t, he proposes that the simulation theory is most likely correct. Back to Musk…

“Is there a flaw in that argument?”

I think there is, and it is one that is either neglected to be mentioned or simply glossed over in discussions about the simulation hypothesis, but it is one that the whole concept hinges on.

Which is: What about consciousness?

The big hidden assumption in this theory is that we will either create conscious machines, or that all of us, whatever we are fundamentally, exist in some form one reality up from this one where this world is being simulated. We could be humans in pods like in The Matrix, or brains in a vat, or some form of conscious beings each plugged into the simulation data feed.

The fact is that we are experiencing this reality, be it a “real” one or one simulated by an advanced civilization with near infinite computing power. But everything we know about how we perceive anything currently boils down to the brain, and yet we still don’t know how consciousness works. Is it just a matter of sufficient complexity in an information processing network? Is it a primary feature of the universe, like gravity? We still don’t know. But what is undeniable is that we are conscious. If we postulate that our current experience is based on the conscious perception of an experience feed from a simulation then we have to account for how we are perceiving that feed.

One option is that consciousness is somehow part of the simulation, that this advanced civilization can basically create conscious machines. This is Bostrom’s assumption, and he doesn’t seem to dwell much on it. But consider that the whole concept of living in a simulation is based on what we already know about our world and that we wonder if we might be living in a simulation only because we can create realistic simulations ourselves. We have no idea if we could one day create conscious machines and although there is nothing we know about physics or biology that makes me think we couldn’t one day do so, we have no clue if and how that could come about, or what the parameters for that would be. Saying we could one day simulate conciousness in a computer is nonsensical, we can either create machine conciousness or we can’t, but simulating consciousness cannot have a reasonable meaning. If the simulation hypothesis rests on this idea, it is resting on a big assumption with little evidence to support it.

The other option is sticking more closely to the setup that makes us wonder about whether we live in a simulation or not, which is the simulated worlds that we already create. In their most basic forms, we are overlaying sensory input externally through VR goggles, headphones, and one day, body suites etc’. The other end of the spectrum is a Matrix-like direct input to the brain. Either way, we are still assuming a brain perceiving external input at the bottom of it. Because as far as we know, consciousness emerges/facilitated/mediated/resides in the brain. Get rid of the brain, and you get rid of consciousness, that which is perceiving the simulation.

As soon as you have to accommodate consciousness, statistics becomes the least of your problems.

If you believe that we are most likely living in a simulation you either believe we are conscious machines, a thing we do not know is possible, or you imagine billions of conscious creatures plugged into a supercomputer one reality up. If it’s the former, you are basing it on a large assumption. If it is the latter, then assuming billions of plugged in creatures reduces the likelihood based on the statistical calculation, as it doesn’t matter that simulated worlds will outnumber real ones, the vast majority of them won’t have conscious beings plugged into them. 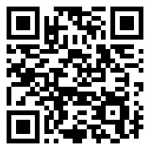